Kirsty McCabe is a presenter, meteorologist and columnist. 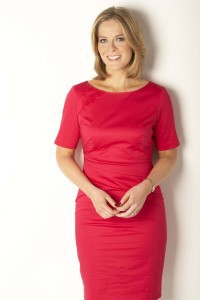 Kirsty began her TV weather career over a decade ago, as a core member of the BBC Weather Team. She presented forecasts across the entire range of BBC television and radio channels, including BBC One, BBC News and World News, Radio 4 and Radio 5Live.

Kirsty then joined the world of breakfast telly presenting the weather on GMTV and ITV’s Daybreak. After years of early starts and juggling shifts with a young family she decided to go freelance, and was a regular presenter on Channel 5 weather as well as Senior Meteorologist for The Weather Channel’s UK office. These days she is part of the Sky News Weather Team and the world’s first Meteorologist in Residence at the London Marriott Hotel County Hall. She regularly writes about the weather for publications including the Huffington Post, and has written frequent columns on just about everything for parenting magazines such as iVillage and Junior.

Kirsty is one of the few weather presenters that are actually meteorologists, qualifying as an aviation forecaster after passing her advanced forecaster exams at the Met Office College. But her skills don’t just lie in the weather as she is knowledgeable across a range of scientific disciplines and able to communicate in a clear yet informative manner.

Born in Kilmarnock, Ayrshire, Kirsty has always been obsessed by how the world works, gaining a first class Honours degree in Geophysics at the University of Edinburgh. After that she spent three months as an intern at NASA’s Goddard Space Flight Center in Maryland, before undertaking further study on Climate Change at the University of Oxford. While at Oxford, Kirsty was offered a summer placement at New Scientist magazine, where she went on to work as a subeditor for four years. Before spotting an advert in the magazine’s job pages for a broadcast meteorologist that is…

Kirsty is married to South African architect Renato and they have three children, Ethan, who arrived as forecast on Christmas Day 2010, Logan, born in May 2013, and Ava, who arrived on Valentine’s Day 2018.