The weather had been glorious lately – the best summer since 2006 and no signs of it stopping just yet! We weather presenters get a lot of grief over bad weather so it makes a lovely change to get the credit for good weather. Although I do have to reveal a secret – we don’t control the weather, only forecast it…

When Logan was born I decided not to rush back to work, but when Channel 5 got in touch and asked if I could cover one shift, I thought why not? Such is the life of a freelancer that you tend to take work when it’s offered, plus I felt I could handle one shift. Somehow it turned into a whole week of covering the weather broadcasts on Ch5, and while part of me was really excited about a new challenge, the other part of me was freaking out about expressing enough milk for 10-week-old Logan, and what on earth to wear (ie what could I squeeze the post-baby body into)?!

Thankfully my husband has been great at looking after baby Logan this week while I was at work, and it has been extra cute watching my toddler Ethan’s face when he saw Mummy do the weather on TV. He wasn’t happy the first day I left for work before he had gone to nursery and even asked me afterwards where I had been. But by the end of the week he wasn’t bothered and the same went for seeing me on TV, he wasted no time in telling me he’d rather watch the Octonauts…

I have a new man in my life – Logan was born on 7th May at Chelsea & Westminster and we’re over the moon. My other two boys, hubby Renato and toddler Ethan, are thrilled to have another boy in the family. I’m feeling a little bit outnumbered, if we ever get a pet it will have to be a girl!

You can read more in the Sunday Mail. 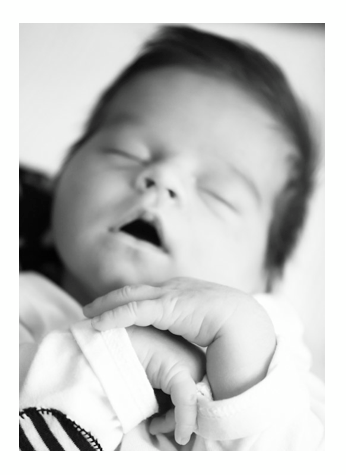 Finally I am on maternity leave and the sun is shining. Definitely much better idea to have a baby in May rather than December (sorry Ethan!).

With a fortnight to go, more or less, it won’t be long until the new arrival is here and Ethan is a big brother. Watch this space…

I’ve started writing a weekly pregnancy blog for iVillage.co.uk. I’ll let you know when I’ve updated it but don’t worry, I will add more to this site too. And I do have more exciting news to reveal soon…

Some good news we’ve been bursting to share – we’re expecting a new arrival next year! Kirsty caught up with The Sunday Mail’s Lorna Hughes to reval more…

Some of you may already have noticed me popping up on BBC South Today or heard my not-so-dulcet tones on Radio Solent, BBC Oxford and BBC Berkshire.

For the next 6 months I’ll be in charge of all things weather for central southern England. If only I could control the actual weather…

So keep watching BBC South Today and depending on my shift I’ll be there for breakfast, lunch or dinner! For those who don’t live in the region you can find the broadcasts on the BBC iPlayer.

If you missed me on this morning’s weather bulletin you can watch here.

If there is one thing we can rely on when it comes to the weather, is that it tends not to behave when we really really want it to. We may have got much better at forecasting rain, but we can’t make it rain or even better make it stop.

I really felt for everyone who braved the cold and rain to watch the Jubilee Parade on Sunday, especially the Queen herself! Such a shame we didn’t get the hot sunshine we’d been enjoying just a week before.

So what about this weekend? Well at the moment the end of the week could be rather stormy, starting with wind and rain sweeping in from the southwest on Thursday.

All of which does not bode well for my Moonwalk in Edinburgh on Saturday night. I am nervous enough about walking a marathon, so I am just hoping that we get a dry night for it. But I’ll be there, whatever the weather!

It’s the Queen’s Jubilee Weekend, but will the weather get a royal seal of approval or will your street party have soggy bunting?

Unfortunately, we aren’t looking at the hot, sunny and rather too humid weather of last weekend. The weather changed midweek, with some of us getting caught in heavy thunderstorms. The good news is that we are looking at a dry and bright start his weekend, and although cooler than the previous weekend, it’s still warm enough with temperatures into the mid-high teens (just below the average). There could be a handful of showers around on Saturday, but hopefully most places will stay dry.

Sunday, however, is a different kettle of fish and giving forecasters a sore head. A weather front will try to push in from the southwest, bringing cloud and possibly some heavy rain, making it feel quite chilly. However, exactly how far north the rain gets isn’t certain so don’t give up hope for a repeat performance of Saturday’s weather with the best of any sunshine in Scotland. The most likely place to get the rain will be southwest and southern parts of England, with the possibility of rain pushing into Wales, the Midlands and Northern Ireland. This isn’t set in stone though so keep tuned to the latest forecast as hopefully the Queen will have a word with the weather gods to keep the street parties dry.

Monday and Tuesday’s weather will very much depend on what happens on Sunday. Of course, given the fact it’s a bank holiday one could pretty much confidently predict rain, and indeed Monday may be rather cool and showery with another area of heavy rain moving in off the Atlantic to affect western parts of the UK on Tuesday. But ahead of that rain on Tuesday the sun could well break out and warm things up.

So unless you are lucky enough to be celebrating the Queen’s Jubilee in my homeland of Scotland, where the chances are you’ll get four decent days of weather, perhaps it’s best to keep that Union Jack umbrella close to hand.

After a wet and quite frankly miserable spring, our weather has gone all summery and with June just around the corner, could summer really be here at last? While yesterday felt quite oppresive and humid, today’s brisk easterly wind has freshened things up nicely and I can’t wait to get the barbecue out!

While the weekend is shaping up to be a good one, we’re not going to keep blue skies everywhere. The reason for the nice weather is because we’re under the influence of high pressure, but there is an area of low pressure developing in the Bay of Biscay, and this looks likely to spread showers into the far southwest of England through Saturday evening and Sunday. Some of these showers could well be heavy and thundery.

Another part of the UK that could see more cloud is the northeast of England and eastern Scotland. With an easterly wind the North Sea facing coasts here will be more prone to fret or haar – local names for the low cloud that plagues the coasts while a few miles inland the sun is shining. This could be an issue on Sunday, with maybe the odd spot of drizzle later on.

But for the rest of us, this weekend is definitely a barbecue one, certainly a sun-tan lotion one with UV levels rising and quite possibly a sniffly one for hay fever sufferers!

Looking ahead, Wednesday and Thursday are likely to be cloudy with showery outbreaks of rain, especially in northern parts of the UK, but turning drier again as we head into June so fingers crossed for the Jubilee weekend.

This week I’m attempting to answer the question on everyone’s lips – why are we having such terrible weather and is our climate really changing? Thanks to @gaffa10 for suggesting it (albeit in stronger descriptive terms!).

So, first things first – why is our weather so bad this April? We’re on track for the coldest April in nearly a quarter of a century and quite possibly the wettest April on record (certainly for southern England) with almost two months’ worth of rain expected to fall in the next five days. The reason for our bad weather is all down to position and strength of the Jet Stream – a fast-moving ribbon of air high up in our atmosphere that steers areas of low pressure. Normally it would be rather quiet in mid-Spring, but not this year.

The result is low pressure after low pressure piling in off the Atlantic, bringing heavy rain and strong winds. If that wasn’t bad enough, the prevailing wind direction has a northerly component, so it feels cold too!

There is no sign of a let up from the changeable conditions but hopefully the downpours won’t be as frequent or as heavy as we head into May.

So is it all down to climate change? It’s a tough one to answer definitively. After all we’ve been putting all kinds of rubbish into our oceans and atmosphere for centuries so of course it has affected our environment and climate. But our planet is pretty complicated and we don’t know exactly what will happen next. Scientists now agree there is definite proof of global warming, and one effect of this is likely to be more extreme weather events. However, our weather records only go back so far and it could just be a natural fluctuation. Don’t forget we did have a very long dry spell recently (which few people complained about) so now we’ve got a wet spell to redress the balance. Let’s see how the next few months play out…